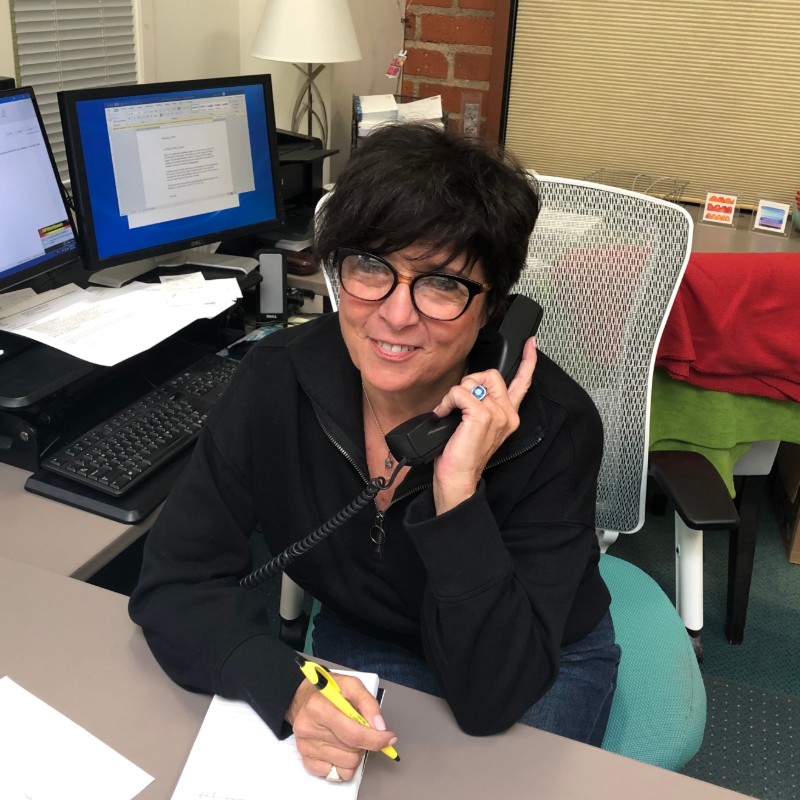 Temple Beth Am has been Susan's home away from home for the past 27 years. She was born and raised in Toronto Canada, which she describes as a safer and smaller New York City but with gentler and kinder people. In addition to the skyline of skyscrapers, the weather is even similar with the humid summers and the sometimes-freezing cold winters.

Susan re-met her future husband, Howard Nemetz, at a HeebHop in Toronto, which was a Jewish singles dance to raise funds for Israel cancer research. They had actually met 10 years earlier, and while Susan always remembered Howard, he didn't have a clue as to who she was before that night at the dance.

Howard was a standup comedian in Canada, and like many comedians, he was on a path towards becoming a writer. When an opportunity opened in Los Angeles, the two of them made their way to the Golden State. Although Susan would have preferred to stay in Toronto, she would have followed him anywhere. Toronto was all she had ever known, and it took her 10 years to adjust to Los Angeles.

Their journey at Temple Beth Am started through a membership advertisement they spotted for couples ages 35 and younger. TBA has been the greatest influence in helping her to adjust to a life in Los Angeles.

Their son Joseph went through Pressman Academy starting with the ECC at 3 years old and up until the 8th grade. From there he went to Shalhevet, and eventually Brandeis University where he studied Neuroscience.

Susan started working at Temple Beth Am as an assistant to the clergy and the lifecycle coordinator in June 2018. She had been nervous about starting because she knew it was such a big responsibility and didn't want to mess up. Before starting, she used to see Rabbi Kligfeld as this holy man she was very intimidated by. And while she still respects him very much, she has learned that everyone is human (including Rabbi Kligfeld), and she is no longer nervous around him. Her role is to assist the Rabbis in making sure they're on their toes and laughing.

Susan has never enjoyed any other job as much as she has enjoyed working at TBA. And this is because she's proud of who we are as a community, and grateful for what the community has done for her and her family. She loves giving back to the community she treasures so dearly, and has been her home away from home since day 1.