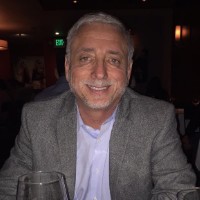 Michael Rubin's life path began at the Bronx Lebanon Hospital. He grew up on the Lower East Side of Manhattan on Willet street in the Co-Ops across from the Bialystoker Synagogue, an orthodox community founded in 1878. The synagogue was originally built in 1826 as the Willett Street Methodist Episcopal Church, and had been a stop on the Underground Railroad. A door off the balcony purported to conceal a hiding place for escaped slaves. The synagogue bought the building in 1905, and is now designated as a New York City Landmark and contains a very active and growing congregation. Michael went to a Solomon Schechter Day School.

Michael is a 3rd generation American on both his mother and father's side. His father was a Brooklyn boy and ran with the other jewish boys. As they say, "Izzy, Icky, Jakey, and Sam, we're the boys that eat no ham". Michael's maternal Grandmother lived in the same apt in the Lower East Side for 60 years and had been there her whole life. When his father came back from the Korean war, he got an apprenticeship in the Brooklyn Navy Yard. He met Michael's mother, a nice Jewish girl from the Lower East Side, on blind date.

After a series of car break-ins and rising crime, the family decided the neighborhood was too dangerous and moved to Phoenix, where they had family. He lived there for 8 years, finished day school and ended up at a public high school. In 1977 the family moved to Los Angeles.

Before marrying Sonia, he was the blind date king. Everyone wanted to set him up, and he would go on 3-5 blind dates a week. After describing a bad first date to a group of colleagues in the Herzl School office, he was set up once again. This time he hit the jackpot! Michael thought Sonia was very pretty, and after years of him taking French in high school and college, he loved that Sonia had just completed a year studying in Paris at the Sorbonne. Four kids later, the rest is history. Their oldest son, Justin, is 29 years-old, Sara, just turned 27, David is 24, and their youngest, Samuel, is at Shelhevet and will be 18 in January.

Michael Rubin is a jack of trades and has had a really varied career path. He went to USC for a year and was very active in NCSY (similar to USY but for the Orthodox movement), but left after getting a scholarship to the Yeshiva University Los Angeles satellite campus. While earning a degree is Judaic Studies, he taught at Herzl School at TBA for four years. He's worked at a semi-conductor company, a security company, an insurance company, an IT services company and went to law school. After practicing for only a short time, he decided to go back to his first love, teaching, He got a master's in education from Loyola Marymount, as part of the Los Angeles Teaching Fellows. Throughout his career, Michael has done work supporting Jewish youth programs.

Today, he blends his life experience teaching math and law at Fairfax High School (FHS). He's taught Algebra, Geometry, Constitutional Law and Criminal Justice, and helped start the Police Academy Magnet program at FHS, a four-year program that focuses on careers in law enforcement and justice. Why is he inspired to teach? He wants his students to be productive and highly skilled members of society. Michael claims he teaches for himself, but in reality, you can see how inspired he is to teach for the greater good.

The Rubin's got involved with TBA after an unsatisfactory experience with the religious school at another temple. They were looking for a new place and had known Rabbi Netter from before. They got involved in Beit and all their kids went through the religious school. After around 25 years of being a member, Michael finds that what he loves most about the community are the people.