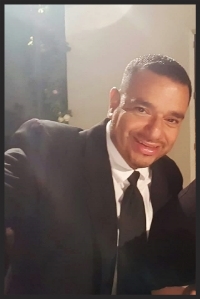 I came to America in 1997 from Santa Ana, the second largest city in El Salvador. My father used to have his own business providing supplies to factories for the shoe business... the glue...the leather. They were doing very good, but because of the war we lost everything ...the farm, houses, cars, and the business itself. I was looking to move to America for a better future, and to help the whole family, and was one of the lucky ones to have a visa. This was the first time I separated from my family.. It was very tough. When we said goodbye to each other at the airport, we didn't know when we would see each other again. Ever.

The son of one of my dad's clients was living in LA, and let me stay in his one bedroom apartment. When I came here in the beginning it was nice, but sooner than later on it was a nightmare. Really really bad. Sleeping on the floor. Sleeping in the bathroom.

I didn't realize until being here that speaking English would be the toughest thing to do. I took an ESL (English as a Second Language) class, and tried to remember things I learned from the past. I was very well educated in El Salvador. I went to the university and studied psychology for six years. I finished the 44 subjects, but I didn't finish my last thesis and didn't get the title. But while you study you never realize that you're going to use English to live, so whatever I learned it just was another subject you had to do. Education is the key.

Before Temple Beth Am, I had jobs in telemarketing in Spanish, and painting and repairing houses and apartments. It was also okay, but I wasn't happy myself. I didn't have a choice.

And then a friend lent me $60 to enroll in a security class. When I finished the class, I was looking in La Opinión, and saw the ad for OMEGA security. They set up an interview for me at Temple Beth Am. My first day here was on March 16, 1998. 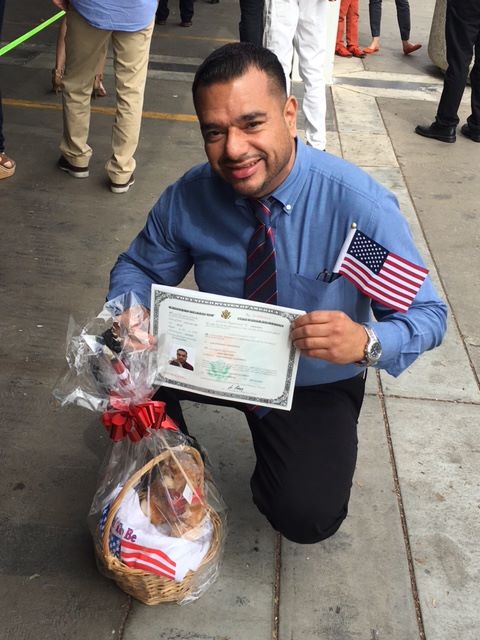 It was tough when I first came to Temple Beth Am since I was still learning English. But I had made a commitment to myself to learn a new word each day. My English has gotten much better, but I don't consider myself Bilingual yet. I've also learned some Hebrew words. Like Shabbat Shalom, Shavua tov after Shabbat, Ma shlomcha and Ma shlomech, the male and female version of How are you, Baruch Hashem, Bokor tov, Erev tov, and Lila Tov for good morning good afternoon, and goodnight. When the people are talking, and they ask me something, maybe I don't know exactly how to pronounce it, but I get the idea of what are they talking about. Not the full sentence, but the word. Even if I don't know the word, I find a way to learn it.