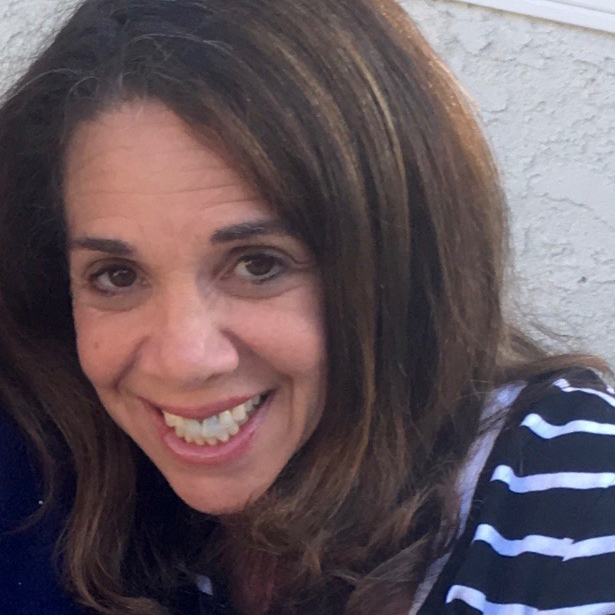 Michelle Becker has always been extremely proud to be Jewish and committed to the community.

Born in Skokie, Illinois, her family moved to the Pico/Roberson area in Los Angeles when she was a year old. But when her father read a tiny ad in the paper about Thousand Oaks, a developing community, it ultimately became their home.

Her parents were committed to providing a strong Jewish life for Michelle, and her sister Bev. They immediately became members of Temple Etz Chaim, a small but growing Conservative Temple, which initially held services in a Church.

Michelle reflects fondly on growing up at Etz Chaim. Her family was active in its development and enjoyed watching it grow through the years. Her father was board treasurer, her mother a sisterhood leader and Michelle and her sister were leaders in the youth group.

Etz Chaim's Rabbi Paskow was committed to children being active participants in services. Michelle was even a volunteer cantor during many Kabbalat Shabbat services.

There were minimal Jews in Thousand Oaks at that time, but Etz Chaim provided that sense of Kehillah. Her friends were close, and they all went to public school. She also felt fortunate to have a group of friends who were not Jewish, mostly who lived on her huge cul-de-sac where Michelle's family were the only Jews for the majority of time. Michelle loved learning about her friend's religious traditions, and she would share about Judaism. When wished a Merry Christmas by her peers, she would remind them she was Jewish, and proudly she shared she celebrated Chanukah.

Michelle commitment to Judaism and Israel extended beyond Thousand Oaks. She was involved in USY (where she met Mike Cohn) and became the treasurer of Far West Region.

Her parents bought a pharmacy, which was a huge part of her childhood. She admired her father's strong work ethic, determination and commitment to success. But she knew she wanted a more exciting career.

She went to UCLA, majored in communication, joined AEphi, the Jewish sorority and made top grades. She was excited to pursue a career in the entertainer industry, and did 6 internships in college, including Entertainment tonight, CNN and Radio Norfolk BBC, when she spent her junior year abroad in England.

Michelle had always been driven and many told her that she would be a huge success in life.

But life took an unexpected turn in her 20's, when her career didn't unfold as quickly as she planned. For the first time, she wasn't on top, and the pressure to succeed overwhelmed her. Without the skills to handle what she perceived as failing, she fell into a deep depression. Coupled with some ineffective therapy, negative effects from medication, and embarrassment that she couldn't get better, the pain was overwhelming. For this reason, Michelle feels strongly about building awareness, reducing stigma and shame that surrounds mental health challenges.

Through time and support, she began to feel more like herself. Per the suggestion of Mark Lainer, a family friend and respected Jewish community leader, Michelle explored HUC and ultimately received her master's in Jewish Communal Service. It was at HUC, where Michelle met her wonderful husband Seth, and life seemed to fall into place.

Michelle's first job after HUC was at UCLA Hillel, which was followed by her position at Jewish Vocational Services as a Job developer. She was proud to help new immigrants from the Soviet Union and Armenia, many who were experiencing their own depression, trying to accommodate to their new US. After JVS, she worked at the Jewish federation as their Event Director, helping to create and implement this new department.

It was a great feeling combining her entertainment experience with her career in Tikkun Olam.

She worked in fundraising at Make-A-Wish, Alzheimer's Association and American Jewish Committee (JDC), and is currently working at Southern California Counseling Center, where she hopes to make a difference in critical mental health care.

Temple Beth Am has been a huge part of Michelle's life for as long as she can remember.

Her grandmother lived across the street from TBA when the entrance was on La Cienega, and later Michelle belonged to the Library Minyan before it took place in the Dorff Nelson Chapel and Seth and Michelle even had their auf ruf at the temple.

Michelle's most important role has been as a mother to her beautiful children, Shayna and Kayla. They were named and had their Bat Mitzvah's at the temple. Being part of a Jewish community and having a Jewish education has always been important to her. She feels proud and grateful that her children had a meaningful Jewish education at Pressman Academy, attending from preschool through 8th grade!

It's a challenging time for everyone right now, but Michelle has shared "We are in this together and will get through this together".