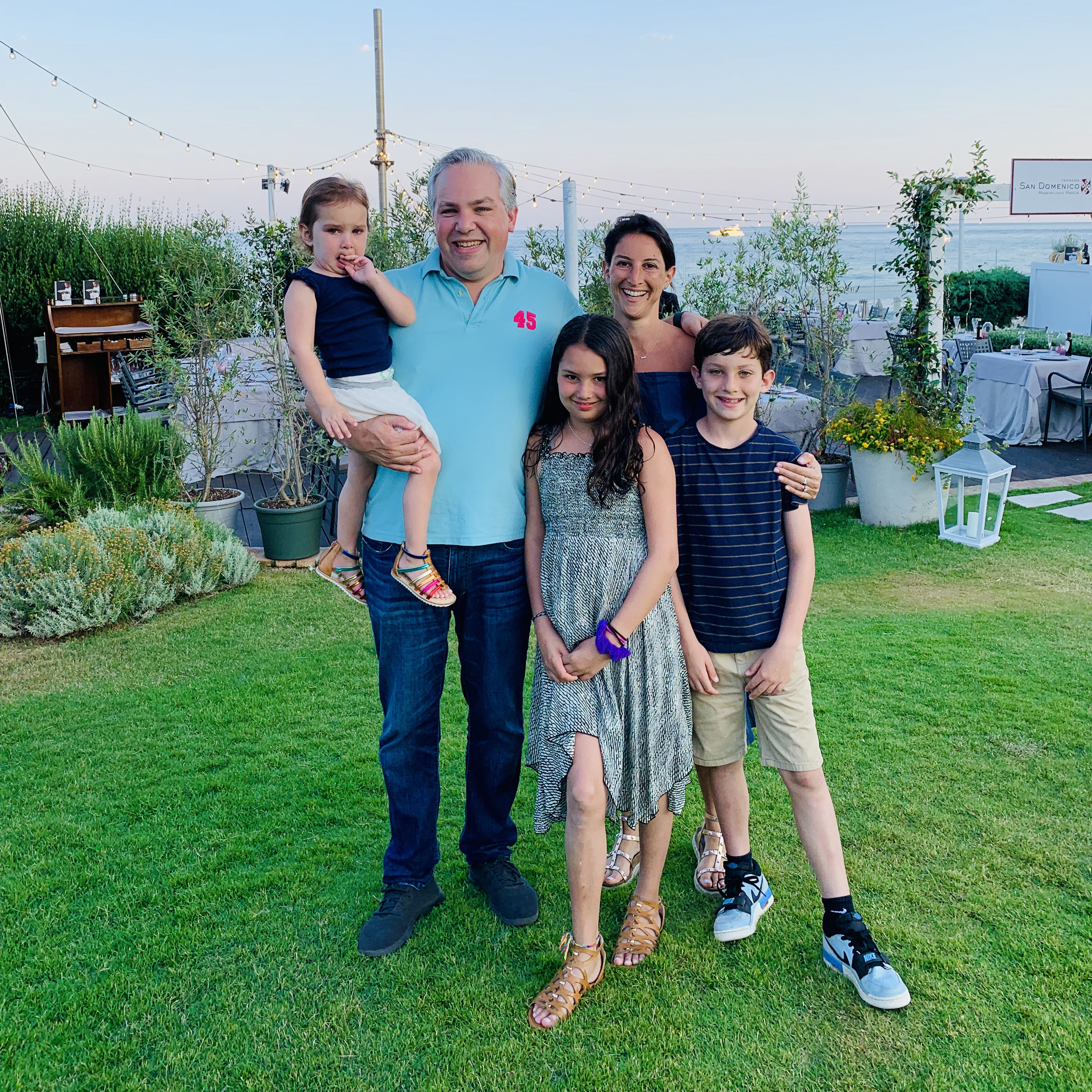 Michael Steuer and his wife, Laura Wasserman, made their way to the United States from the Netherlands in 2004. Michael grew up in a small Jewish community in Amsterdam where he went to Jewish day school from 2 -18 years old. He was active in local Jewish organizations including youth movements, students organizations, and so forth. He is the child and grandchild of Holocaust survivors. Growing up as a Dutch Jew in Amsterdam, the Shoah was/is something that is ever present. All the younger generations, including his classmates, were the children or grandchildren of survivors.

Michael never experienced Anti-Semitism directly while living in Amsterdam. All Jewish institutions had very high levels of security compared to what is seen in the US, though that has changed in the US in recent years.

Michael's wife, Laura, the grandchild of survivors, is originally from a small Jewish community in Antwerp, Belgium. Laura made Aliyah as an 18-year old and decided after a week that it was not for her at that time and moved back to Belgium. She started attending the University of Amsterdam where she got involved in Dutch student organizations and met Michael at a Shabbaton.

Michael had been working at a company in Europe and was commuting regularly between Amsterdam, Germany, and London. The company, which was headquartered in Calabasas, CA, had asked him to go to Calabasas to set up a new business unit. Michael managed to convince Laura, his then girlfriend, to come with him, saying it would only be a one-year commitment. Michael proposed only a month before they moved to Calabasas in 2004.

They both found it difficult at first to adjust to a new environment being so far away from family and friends but they quickly became accustomed to it. One year became two years, and after two years he left the company and was faced with the choice to either stay in the US or move back. In 2011, they became permanent US citizens and full citizens in 2016. Their kids, Yuri, Emma, and Noa, were born here and the whole family is dual citizens. They have no plans to return to the Netherlands.

It took some time for Michael and Laura to find a Jewish community in Los Angeles, partly because they were not weekly Shabbat attendees; they were more focused on finding a place to observe the High Holy Days. When they had children, they began to think about how important it was for their kids to be raised in a Jewish environment similar to their own upbringing and started do tours at different Jewish day schools. They were extremely impressed with the Pressman Academy, and the family fell in love with the larger Temple Beth Am community as well. They have no relatives or childhood friends here, and the hashtag #TBAisHome really rings true for them. TBA has become their family.

Michael just started his term as VP of Programming. He is committed to finding ways to increase active participation of our membership so that more members can experience that same #TBAisHome feeling that his family does.