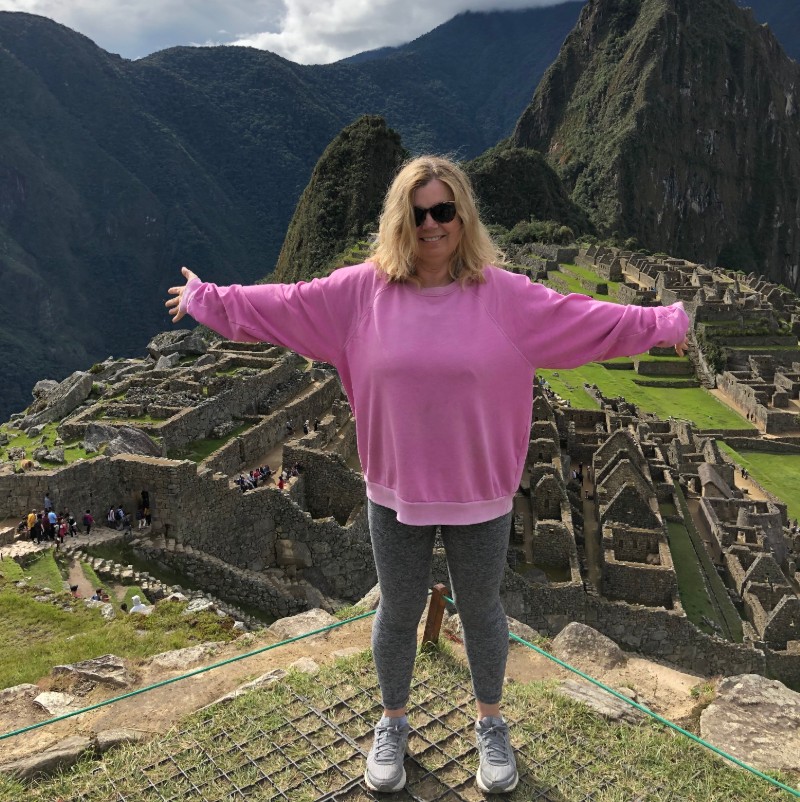 Jane Willoughby is a real mover and shaker in the Temple Beth Am community. She is currently the Director of Programming for the Sisterhood and Educational Programming for the Library Minyan. When she and her husband, Ingram, joined Beth Am in August of 2018, Jane wanted to be very intentional in finding ways to get involved and meet people.

We must thank TBA member, Dr. Michael Berenbaum, for bringing Jane and Ingram to the community. Jane met Michael when she was the VP of a Jewish educational foundation called the Center for Initiatives in Jewish Education. Michael knew that they were new to Los Angeles and were shul shopping. He spoke very highly of Beth Am, and they decided to check the community out.

Jane is a Jew by Choice. She grew up Catholic in a family that was very conscious of the Holocaust and raised her to really understand what a terrible terrible time it was for the Jewish people. Her father was a young soldier in the British army during WWII and went to the camps after they were liberated to protect the camps from the Nazis trying to remove evidence of war crimes. His platoon oversaw the suicide watch for the Nazi party leader, Rudolf Hess, to make sure he did not take his own life and would have to stand trial for his crimes. Jane's father was forever scarred by what he saw in the camps.

Jane's husband was the first Jewish person she had ever met. After they got married, Jane expressed to Ingram that whatever happens, they need to make sure to find a way to raise their children Jewish. She certainly didn't want to be responsible for any children being lost to Judaism after the Holocaust. When they came to the U.S., they joined a reform community because that was how their two children, Joshua and Joseph, could become Jewish. She put herself through a Jewish education to make sure she could educate her kids about their heritage, and then fell in love with Judaism and decided to convert. Her two kids went through the conversion process with Jane and they all went to the mikvah together at the AJU.

Although Jane has spent more of her life in the U.S., she and her husband are originally from the UK, and very involved in advocating for Holocaust education in Europe. There are two prominent centers in the UK that they support by sponsoring a master's student getting their degree in holocaust education, and by also sponsoring a trip every year for children to visit the camps. They believe that the impact will be worldwide by doing that.

Joining Beth Am has been such a positive and wonderful experience for Jane and her family. She is so deeply grateful for how the community welcomed them with such open arms. She has so many friends now because of her connection to TBA and always welcomes the opportunity to make more!