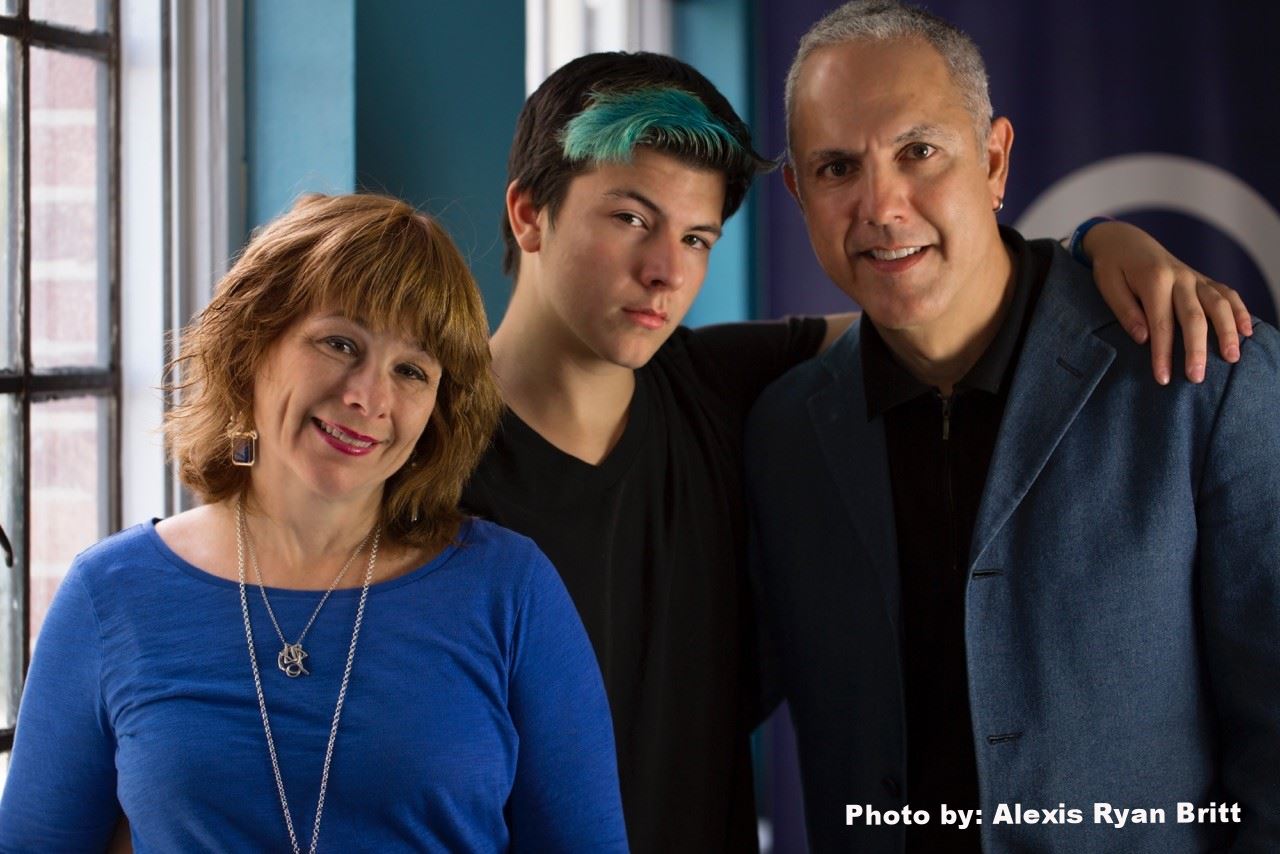 I'm Deb Engel Kollin. For thirteen years I worked at Pressman Academy as an educator, administrator, and leader of the school's twinning program between LA and Tel Aviv. I'm a longtime member at Temple Beth Am, but I became a more active member five years ago when my father passed away and I started attending daily minyan to say kaddish. While I was unable to fully participate in this important ritual at the modern Orthodox synagogue I was at that time a member of, I was truly embraced by the minyan Temple Beth Am. The act of being counted made me feel like TBA was my spiritual home.

My husband Dani and I have three beautiful children - Eliana (19), and twins Yonatan and Gavriel (16). They all attended Pressman Academy, then Hamilton High School and LA Hebrew High.

Yoni came out to us when he was 12. Dani I were concerned that Yoni would lose his Jewish identity as he explored his gay identity. We wanted to find a healthy way for him to meld these two sides of him. The TBA community was very accepting of Yoni but the place where he was able to be proudly gay and Jewish was JQ International.

Not knowing what JQ was, I was asked to be on the board by someone who knew I was very involved with the Jewish community and had a gay teen. I quickly found that JQ (Jewish Queers) was exactly what I'd been looking for to help Yoni reconcile his being both Jewish and gay.

JQ has a wide variety of social programming for adults and for families, including Jewish holidays and Shabbat events. They conduct educational and inclusiveness training for organizations, and they run a helpline to assist gay people of all ages looking for services and/or support.

I've become a passionate advocate for LGBTQ issues, and our involvement in JQ has been an opportunity to grow as a family. We've met great new friends from all over LA. Yoni has learned valuable leadership skills, and all three of us (Yoni, Dani and I) trained with the JQ Speakers Bureau to spread the message of inclusiveness to communities open to the idea but unsure exacty how to go about it.

If I can be of help to anybody in the Jewish world struggling with LGBTQ issues - whether it be parents or kids - I feel that I've served my purpose. This is the most fulfilling volunteer work I've ever done and has brought enormous meaning to my life.

The annual JQ Awards Brunch is coming up and I highly recommend attending! The party will be a blast, and the honoree this year is actress, producer, and TBA member Courtney Mizel, a longtime JQ supporter.

I'm now Chair of Programming and Engagement at JQ. I never thought this is what I'd be doing, but feel in my kishkes that I'm making a real difference.

Hope to see you at the JQ Brunch on May 7! 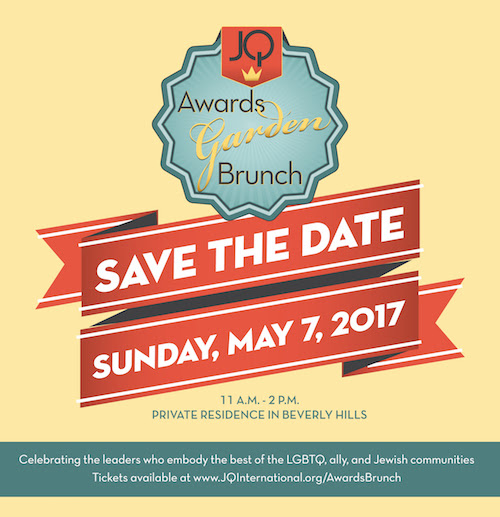