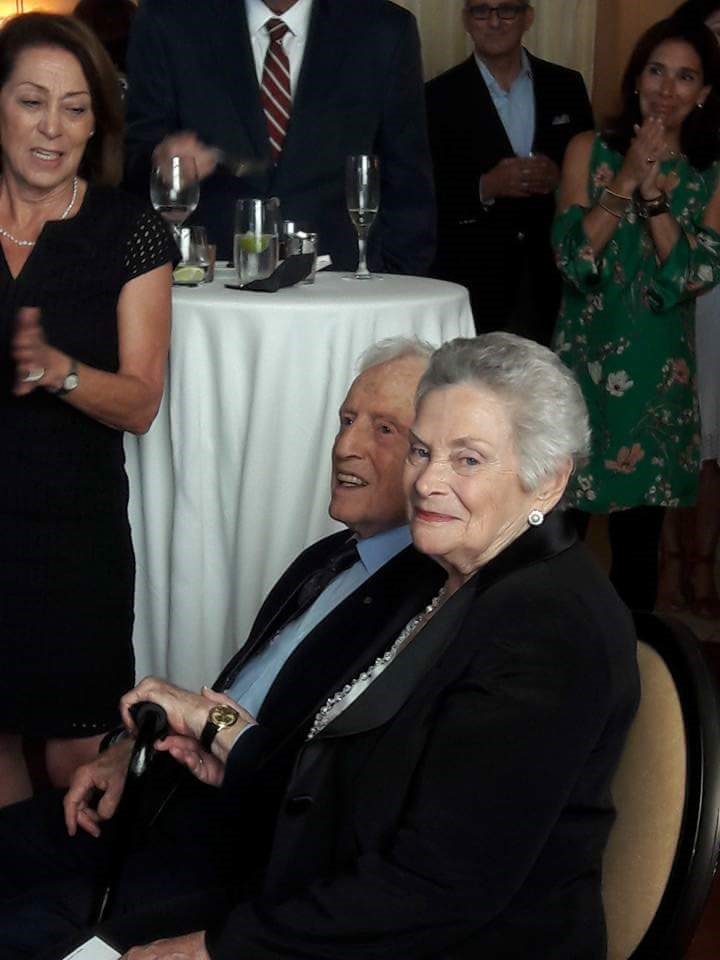 Abe: I was born in January 1920. My father was a Stolner Hasid from the old country. We lived in Brooklyn and he was a grocer. My father's forte was buying run-down businesses, building them up, selling and looking for a new location. We moved seven times when I was a kid, always within Brooklyn. One of our customers was the Miller family, and I became acquainted with the playwright Arthur Miller before he went to college and his sister. I played duets with his sister, she played the piano, I the violin.

In the 1930's, Franklin Roosevelt encouraged college students to learn to fly planes because of the impending war in Europe and his concern about our Eastern Coast. I went out to an airfield in Flushing, Queens and learned how to fly a Piper Cub. I learned to fly before I learned to drive! I worked in my father's store, preparing herring, and then went to Queens for my flying lessons. The first time I sat in a two seater plane with the (Gentile) flight instructor, he said, "What on earth is that smell?!" It's hard to get the pungent odor of herring off your hands.

On December 7, 1941, the Japanese attacked Pearl Harbor. I was in business school at CCNY. I was immediately drafted upon graduation in January 1942. I was hoping to put my flight experience to use, but it turned that I was a very good shot. I had a steady hand and kept hitting the bullseye. What would I know living in Brooklyn about a rifle? But they sent me to officer candidate school, and I became a 2nd Lieutenant and a gunner. I was an expert with the 50 caliber machine gun and the 40 mm cannon.

I got married to my first wife in February, 1945. Was sent to Okinawa in May of 1945 and was on Okinawa when the A-Bombs were dropped on Hiroshima and Nagasaki. I was also on Okinawa when my eldest son was born. I had another son and daughter. We divorced after twenty some years. 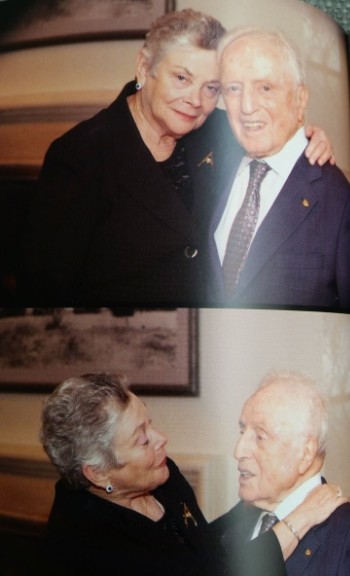 And then I met Annette. It was like a bomb exploding in my life. We've been together fifty years, and she's who I am. Without Annette, there is no Abe Berman.

Annette: We met at 8:30 pm on 8/6, 1966. I was at my friend's house, and in walked Abe. He was a CPA and she wanted to introduce him to her husband. Abe brought the best gift: a leather raffia basket and nutcracker. I knew this was the man I was going to marry. Ten days later, he asked if I preferred big weddings or small weddings. That was his bashful way of proposing. We got married in 1967 and joined the synagogue where my parents had belonged for twenty years.

It was a traditional synagogue so I wasn't counted in a minyan. That was difficult for me when I was in my year of mourning for my mother. She literally died in my arms, and I thought I should be counted in a minyan to say Kaddish for her. For my sixtieth birthday, I asked my friends to help me create a women's minyan. We all had to learn to read Torah and lead services. It was the first time I had seen a sefer Torah up close. I chanted Torah and haftorah. Abe was very supportive. We formed a monthly egalitarian prayer group. It was our goal to teach synagogue skills to beginners. Every Shabbat service was followed by lunch and and zemirot at our home. After we realized that we needed to attend a synagogue where men and women had access to the Torah,we joined Temple Beth Am and were Masorti honorees in 2007. Abe is the Haftorah chanter par excellance, and he has learned to put up with my Megillat Ruth chanting, off-key.

Beth Am and the Library Minyan is our second home. We are generally known for our hospitality, kiddushes and welcoming newcomers to the group. We are so fortunate to be able to enjoy music and theater and each other.

I am Abe's Babe and that is what I will always be.