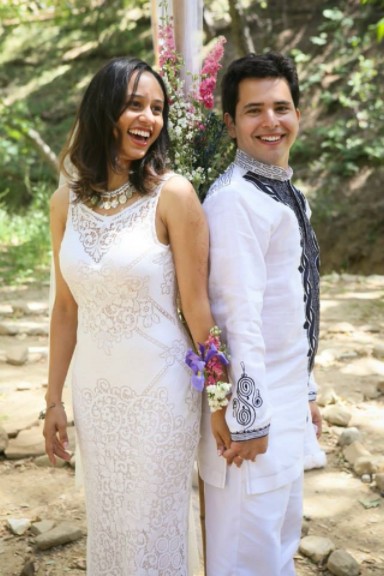 I was born in Los Angeles to my Egyptian mother and my Mexican father. It wasn't a union that my grandparents could have imagined when they were living in Cairo. After their own modern-day Exodus from Egypt to France (forced upon them by President Nassar in the 1950s), difficult times waiting to make passage to America, they waited in vain to be accepted for who they were as Jews in a predominantly Ashkenazi Los Angeles. They decided it would be best to let Judaism fade in their children's and grandchildren's lives. I was raised as secular, and spent my childhood years in Cabo San Lucas Mexico. Like most Jews raised in a non-religious household, I associated Judaism with food and language: Molokheya and Judeo Arabic. What could be more Jewish than that?

The first time I entered a synagogue was many years after the passing of my grandparents. I was a 19-years-old starving college student, and they were offering free food. It was a confusing surprise that absolutely nothing was familiar: especially the language and the food; yet my morals resonated with the morals I heard from the bima.

There were wonderful Ashkenazi rabbis willing to teach me everything they knew. But from the very beginning the problems began. The sounds I was being taught lacked the sounds my grandparents' Hebrew had. I was told that Jewish food is matzah balls and gefilte fish. I was taught Yiddishisms, and was given books about Chasidic masters. I was hitting a brick wall with my ability to progress, because the more I learned about Judaism, the less I felt I had a legitimate Jewish heritage. I needed to feel that connection, and learn some of my own traditions. I was dumbfounded to discover that the Jews from Egypt had their own Purim, called Purim Cairo, celebrated every year on the 28th of Adar by reading a scroll called Meghillath Missrayim.

Thankfully, I knocked on the right doors and with the help of teachers from the Middle East, and I started putting the pieces together. I discovered my grandparents weren't watered down religious people, as I had been led to believe. Their tradition is one in which nearly 20 Sephardic Rabbis (including 3 chief Rabbis) allow the use of electricity on Yom Tov. It is a Judaism that has maintained traditions of soft matzah, eastern melodies for Torah readings, unique Ketubot, and encouraged dialogue with their religious neighbors and easy conversions to Judaism. Slowly but surely I found my heritage in Judaism again, one that finally felt familiar yet ancient, and so much bigger than me. 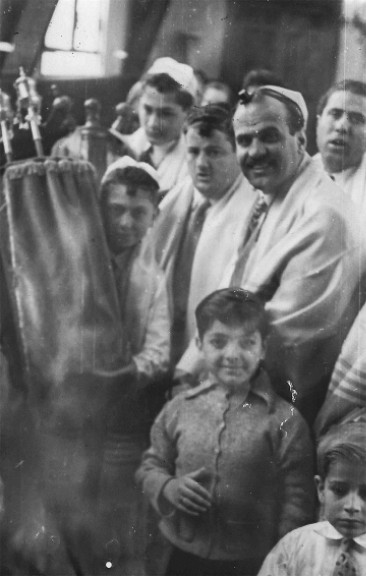 It was during this transformative process that I started dating my longtime friend Jenni, who was on her own path toward Judaism. After much study she converted with Rabbi Chorny in January of 2015 and is a proud conservative Jew. It was AJU's Rabbi Adam Greenwald's suggestion that we seek out Rabbi Chorny and attend Temple Beth Am. And though we had been sent to a synagogue, we ended up finding a home. We quickly grew to admire Rabbi Kligfeld and asked him to marry us. The wedding was our own special mix of Sephardic and Ashkenazic influences, and I don't think there could ever be a more beautiful combination. Through this process we became even more linked to Temple Beth Am and Rabbi Kligfeld, both of whom have a large respect for the Sephardic tradition. This past Pesach, Rabbi Kligfeld, Rabbi Lucas, and I introduced our community to soft Sephardi matzah. I feel tremendously supported to continue exercising my Sephardi pronunciation and learning their melodies for Torah readings. We feel so blessed to be members of Temple Beth Am, and thankful to those that make it the amazing place that it is.

Click HERE to listen to Moshe Chabusha, one of the top Sephardic Chazzans in the world, pronounce the Hebrew letters according the Sephardic/Middle Eastern Tradition.

Click HERE to listen to the Sephardic Shema Prayer.